It may sound just as another buzzword.

But ReFi may have the potential to be just what has been missing for the web3 community.

ReFi stands for regenerative finance and is a movement that aims to reimagine the way the financial system works by having it address problems such as climate crisis and biodiversity loss. 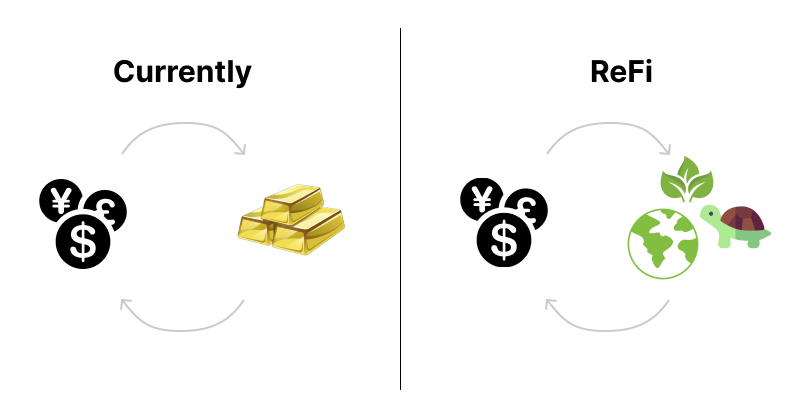 With regenerative finance, the contributors believe this to be possible. And by creating a system that is built on blockchain technology and theories of sacred economics, all of the action taking place in our economy will lead to positive-sum outcomes as opposed to negative ones.

The largest actor in this movement, Celo, has built what they believe to be the most optimal platform to make ReFi grow to its full potential. It's technology is EVM-compatible, secures blocks in less than 5 seconds and keeps transaction fees lower than $0.01.

In short, the vision for ReFi may be just what the web3 community needs and so far tons of projects and investors are getting involved in the scene.

What is BCT and How Does it Work?